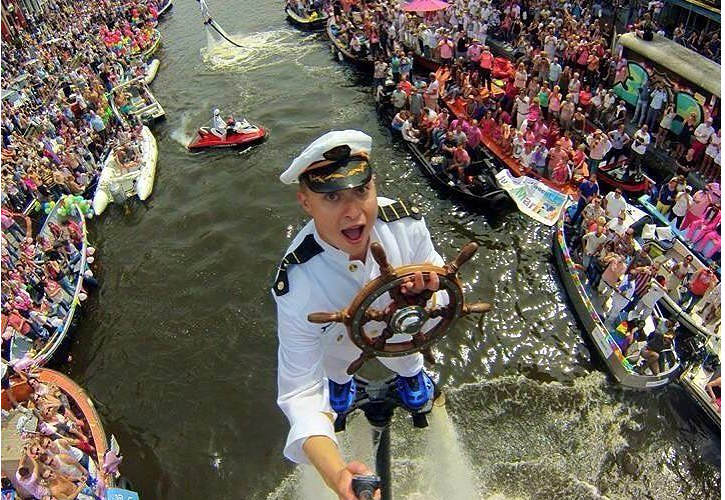 The Gay Pride Canal Parade is by far one of the biggest events in Amsterdam during the summer season. Like many people know, Amsterdam is open to everyone, despite color, gay, lesbian and transgender. The city is full of vibes and a lot of gay and straight events take place in the city. The entire event takes place from Saturday 28th of July to Sunday 5th of August 2018. The most famous day is the last Saturday of the event, the day of the Canal Parade. In 2018 this will be Saturday 4th of August. The canals of Amsterdam will be full with totally crazy decorated boats full of party people!

Take your phone/camera with you as this will be a memorable day.

Tip: make sure you get your spot along the canals in the early morning because this day Amsterdam get’s really crowded especially when the weather forecast is good.

The events take place in the city center on Saturday 4th of August along Amsterdam’s canals!
The Canal Parade starts about 12:30 PM near Amsterdam Central Station and from there the parade starts the canal tour.

There is no admission fee.

Book your tickets in advance and avoid the queues!

Get our travel tips for Amsterdam

Once a month an update about our latest posts!